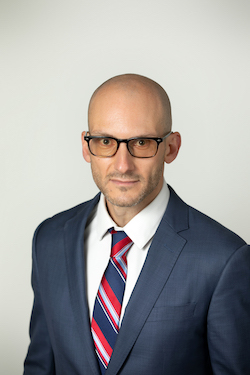 Andrei J. Kublan is an attorney and a founding member of the law firm of Kublan Khan PLC. Mr. Kublan has been practicing law since 2006. He obtained his Juris Doctorate degree from the University of Richmond T.C. Williams School of Law located in Richmond, Virginia and received his Bachelor of Arts degree in Philosophy and Religion from James Madison University located in Harrisonburg, Virginia, which he graduated with Honors.

Mr. Kublan concentrates his law practice in the areas of family law and immigration law, including representing clients in divorce, equitable distribution, separate maintenance, child support, child custody, and protective order cases in the state courts and in removal (deportation) proceedings in immigration courts located in Virginia and Maryland. Mr. Kublan has also been successful in representing a large number of clients with cases where family and immigration laws were closely connected, such as cases where divorce had a direct influence on the client’s immigration status.

Because Mr. Kublan firmly believes that legal services must provide value, he is able to achieve unprecedented results for his clients both in and outside of the courtroom. Mr. Kublan provides most efficient, professional, and passionate representation by carefully evaluating each client’s personal circumstances and selecting the most appropriate course of action for that particular client’s case.

Mr. Kublan is a proud veteran of the United States Army.

Bachelor of Arts degree in Philosophy and Religion, James Madison University of Harrisonburg
Graduated with Honors