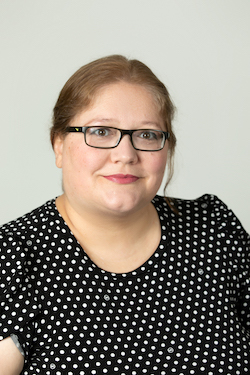 Elena Iuga is an attorney at Kublan Khan PLC, where she returns to the practice of domestic relations. Prior to joining Kublan Khan in April 2021, Ms. Iuga spent nearly a decade at Crowley, Hoge & Fein, P.C., where she practiced civil litigation with a focus on plaintiff’s legal malpractice, business disputes, probate litigation and appellate work. Ms. Iuga gained her first domestic relations legal experience upon graduating from the University of San Diego, School of Law, in 2002 with an L.L.M. After obtaining her license to practice law, she practiced family law, labor law and general civil litigation in the District of Columbia for about eight years before joining Crowley, Hoge & Fein, P.C.

Ms. Iuga’s passion is fueled by seeing the direct impact of her work, in and out of the courtroom, in her clients’ lives. Her clients thank her for her advocacy and her empathy -- two attributes that are not often in the same sentence.

She lives in Northern Virginia with her husband and two children. Ms. Iuga is fluent in Romanian and French and enjoys introducing her friends and American family members to her native Romanian culture and traditions