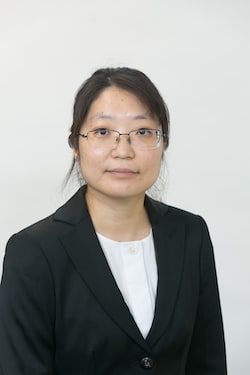 Minji Kim is an associate attorney at Kublan Khan PLC. She concentrates primarily on family and immigration law. Ms. Kim is known for commitment to providing efficient and effective services to her clients that deliver results.

Ms. Kim received her law degree from J. Reuben Clark Law School at BYU in Provo, Utah. She received her BA Honors in Psychology from Concordia University in Montréal, Québec, Canada, where she graduated with great distinction.

During law school, Ms. Kim worked as a judicial extern for Judge Ted Stewart in the U.S. District Court for the District of Utah and for Justice Deno Himonas at the Utah Supreme Court. Also, she served as a Management Board member at the International Center for Law and Religion Studies. Ms. Kim is admitted to practice law in Virginia and the District of Columbia. She is also a member of the A. Sherman Christensen American Inn of Court I.

Prior to becoming a lawyer, Ms. Kim worked as a Vice-Chief of the Defence Staff Analyst at the Department of National Defence Headquarters in Ottawa, Ontario, Canada.

Ms. Kim is happily married and resides with her husband of 15 years and their two daughters in Mclean, Virginia.

Ms. Kim is fluent in English and Korean and speaks conversational French.